Home
Business
Everything You Should Know About A Pipe Wrench

A pipe wrench is known as a wrench that can be easily adjusted according to the requirements of a person. As the name speaks for itself, it is used on pipes. Generally, a pipe wrench is used to thread pipes; it can often be black iron, galvanized steel, or various metal pipes. A pipe wrench presents itself with two separate serrated jaws that are tightened after which they are dug into a pipe to provide additional grip. The serrated jaw present on the top adjusts both ways, either it is up or down, to effectively fir different sizes of pipes.

One of the unique features of a pipe wrench is that the teeth present on it are only known to grip when the wrench is turned in a particular direction. It simply acts similar to a ratchet wrench.

What are the parts of a Pipe Wrench?

The basic parts included in a pipe wrench are:

Although there are rare, certain types of pipe wrenches possess a separate head assembly capable of being attached to the body. A pipe wrench is at times known as a monkey wrench and is used by drillers, plumbers, and in other trades that are considered to be working with threaded piping. 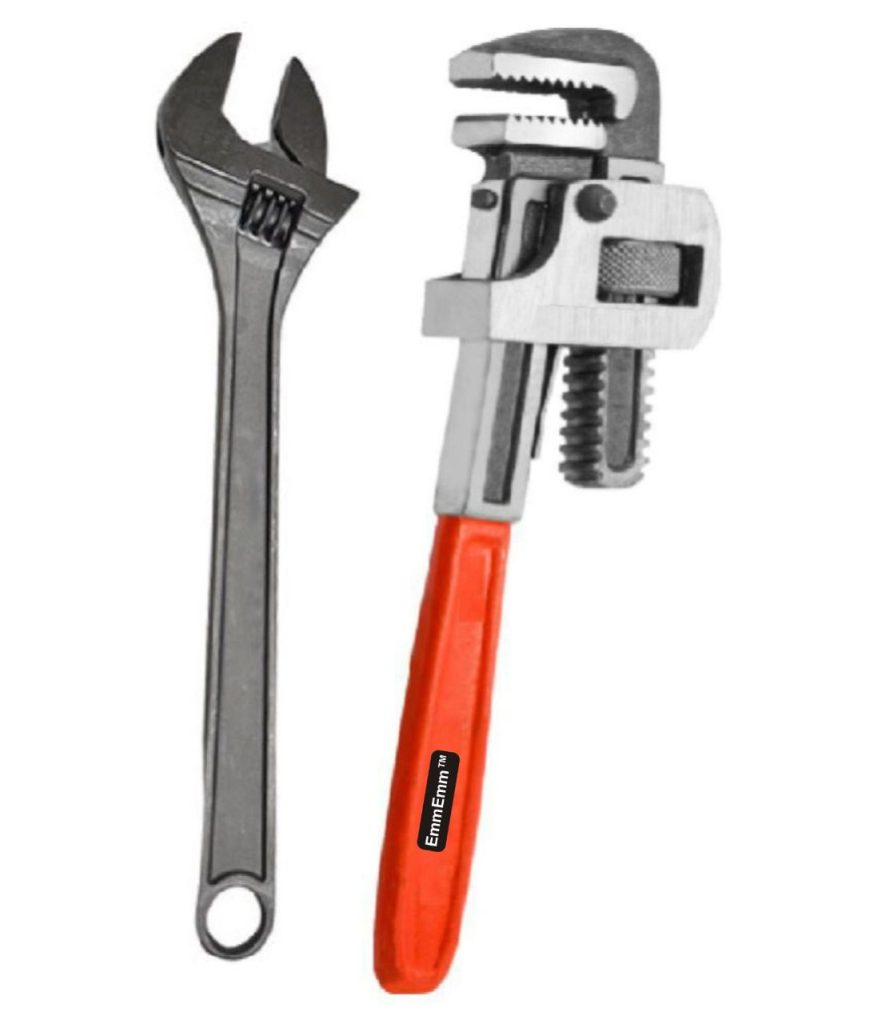 How can you use a pipe wrench?

The basics you should know about to effectively operate a pipe wrench are:

While you are choosing a pipe wrench for yourself, apart from the points mentioned above, remember to ensure that while choosing a good wrench, you go for something that has smooth adjustments, a strong body, and sharp serrated jaws.

It can also go with ten quick inspections it was …

Despite the fact that job discrimination has been outlawed for …